If castor oil scares you too, I’m here to tell you all about it. Is Castor Oil Comedogenic? Can It Clog Pores? Let’s find out!

With all the oily-based skincare products out on the market, the fear of using oils on your face is understandable and very accurate. What if it aggravates acne? What if it causes breakouts? Hello, allergic reactions? How do you use them properly? Do they really help?

One such frequently talked about oil people are swearing by is castor oil. I am a fan of it for growing my eyelashes fast. But skin is a whole other issue. So let’s know what we have on our plate and how to use castor oil for improved skin, hair, and health!

What is castor oil?

Castor oil (also known as Ricinus communis) is a thick, sticky oil that is extracted from the castor seeds of the castor plant. The seeds are crushed, and then the oil is strained out. Although it may not sound appetizing, this versatile oil has a number of uses, including promoting better skin health.

It has been used for centuries as a natural remedy for various health conditions. Today, castor oil is most commonly used as a laxative and has anti-inflammatory and healing properties.

It is also gaining popularity as a natural beauty treatment to promote hair growth and treat other skin conditions. And while it may not be the miracle cure-all that some claim it to be, there is some evidence that castor oil does have certain skin and hair benefits.

The major part of this composition is ricinoleic acid, an inflammatory fatty acid rarely found in other plant oils and is great for reducing and preventing acne. Castor oil is mainly a mixture of different fatty acids that are researched to be good for improving skin health. And fatty acids are the ones that decide whether oil is comedogenic or not.

Now, that truly is a controversy. Some people say that it is and has caused them acne, while others swear by it for flawless clear skin. So, what’s the verdict?

However, there are a few things to keep in mind. First of all, different people have different skin types, and what works for one person may not work for another. Second, even if castor oil isn’t comedogenic, it could still cause breakouts in some people. So, if you’re worried about castor oil causing you to break out, you might want to try a small test patch first to see how your skin reacts.

Can castor oil cause pimples?

Castor oil is rich in fatty acids, which makes it beneficial for skin health. It has a low comedogenic rating so it cannot clog your pores or cause pimples. However, some people may be allergic to castor oil, and it can also clog pores, which could lead to pimples for them. So a patch test needs to be done before using it full-blown.

No, castor oil does not clog pores, as already discussed. It stands really low on the comedogenic rating (0-1), which is a clear sign that it cannot clog pores and aggravate acne on the skin.

What oils are non-comedogenic?

Here are some of the best non-comedogenic oils for your skin:

Remember, anything having a comedogenic rating between 0 to 2 is safe to use on your skin. They are very less likely to clog the pores and cause acne. And remember: But just because an oil is non-comedogenic doesn’t mean it won’t cause irritation or allergic reactions in some people, so always patch test to see whether your skin loves a particular oil or not.

Any other comedogenic oils to avoid?

Oh yes, there are sooo many oils that you probably are using but can seriously activate acne by clogging your pores. Here are some of them listed below:

Try to ditch these oils before it gets too late. And if any of the above is working fine for you, you never know when it’ll start going downhill. So it’s always better to prevent than cure.

How to use castor oil for better skin?

Castor oil is often used as a natural remedy for dry skin and acne. The fatty acids in the oil help to hydrate and nourish the skin, while the anti-inflammatory properties can help to soothe irritation and redness.

To use castor oil for better skin, simply apply a small amount to clean skin and massage in upward circular motions. You can also add a few drops to your favorite moisturizer or facial oil just to dilute it a bit so that it’s safe and the negative effects are minimized. Also, make sure the oils are non-comedogenic and safe for skin use.

It’s ideal to mix the castor oil in a 1:1 ratio just so castor oil doesn’t overpower other skincare ingredients.

Can castor oil help with other skin conditions like eczema or psoriasis?

Wondering if castor oil can help with other skin conditions like eczema or psoriasis? The short answer is: maybe! While there isn’t a ton of scientific evidence to support the use of castor oil for these specific conditions, some people swear by it. And who am I to argue with results?

So if you’re struggling with eczema or psoriasis, it might be worth giving castor oil a try. Who knows? You might just find your new favorite natural remedy.

Can I apply castor oil directly to my face?

Why not? You sure can apply castor oil directly to your face. Just be sure to start with a small amount, as too much oil can be risky in clogging your pores. You can also add a few drops of castor oil to your favorite face cream or lotion to give your skin an extra boost of moisture.

What? Pores never shrink. They just appear to be tighter sometimes when they squeaky are clean. So as for castor oil and pores, you can double cleanse your skin by massaging the oil onto your face for 5-10 minutes until the oil pulls out all the gunk and dirt to leave your skin ultra-clean and fresh. Wash the face with a regular cleanser afterward.

This can help make your pores look tighter.

Does castor oil dry out your skin?

Castor oil is an excellent moisturizer for dry skin. It contains triglycerides, which help maintain moisture in the epidermis and prevent drying/scaling – this makes it perfect to use on your face when you have pesky acne! Additionally, castor oil also has humectant properties, so if applied correctly, it can draw water from the air around itself into its own cells, helping keep the skin hydrated all day long.

Can castor oil irritate my skin?

The International Journal of Toxicology revealed that castor oil is considered a safe product with all the nourishing ingredients it has. However, it can also cause allergic reactions in some people. If you have sensitive skin, it’s important to test the oil on a small area before using it all over.

You should also stop using the oil if you experience any irritation or redness.

Castor oil is a rich source of fatty acids, which give castor oil its moisturizing properties. When applied to the skin, it can help to lock in moisture and prevent dryness. In addition, castor oil has anti-inflammatory properties that can help to soothe irritated skin.

If you do decide to give it a try, be sure to purchase a pure, cold-pressed oil and apply it sparingly to clean skin. You can also add a few drops to your favorite moisturizer to boost its hydrating power.

Castor oil is safe for fungal acne, as long as you use it in moderation. Though there’s not enough clinical research to back up these claims, many people believe that this oil combines antibacterial and moisturizing effects with an ability to fight hard-to-treat fungal infections, which can lead to clearer skin for those who suffer from it!

Just remember to dilute it with a carrier oil before applying it to your face, and always test it on a small area first to make sure you’re not allergic.

In short, yes, it’s absolutely safe to use for acne-prone skin, but patch try it first.

Wrap up Is castor oil comedogenic or not?

Castor oil is one of the most popular natural oils used for skin and hair care today. It’s often recommended as a treatment for acne, blackheads, and other blemishes due to its anti-inflammatory and antibacterial properties. Castor oil is also a non-comedogenic oil with a 0-1 comedogenic rating, meaning it doesn’t clog pores or help cause breakouts.

In fact, it can actually help unclog pores and remove impurities from the skin. Castor oil is also rich in fatty acids, which nourish the skin and keep it healthy. So if you’re looking for an all-natural way to clear up your complexion, castor oil may be just what you need!

Related articles on castor oil for clogged pores and acne 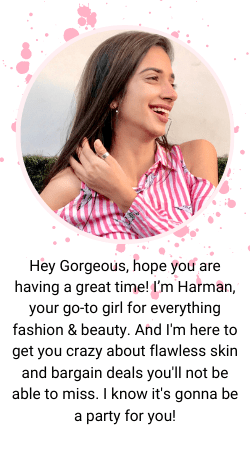 This website uses cookies to improve your experience while you navigate through the website. Out of these cookies, the cookies that are categorized as necessary are stored on your browser as they are essential for the working of basic functionalities of the website. We also use third-party cookies that help us analyze and understand how you use this website. These cookies will be stored in your browser only with your consent. You also have the option to opt-out of these cookies. But opting out of some of these cookies may have an effect on your browsing experience.
Necessary Always Enabled
Necessary cookies are absolutely essential for the website to function properly. This category only includes cookies that ensures basic functionalities and security features of the website. These cookies do not store any personal information.
Non-necessary
Any cookies that may not be particularly necessary for the website to function and is used specifically to collect user personal data via analytics, ads, other embedded contents are termed as non-necessary cookies. It is mandatory to procure user consent prior to running these cookies on your website.
SAVE & ACCEPT
1 shares
Scroll to Top